The journey by train from Jaipur to Kolkata is scheduled to take between 25 hours 10 minutes and 29 hours 55 minutes depending upon which train service you take. Via the shortest route the distance travelled is 1,504 km.

There are 5 direct train services from Jaipur to Kolkata.

Use the Search Box below to buy your train tickets from Jaipur to Kolkata. 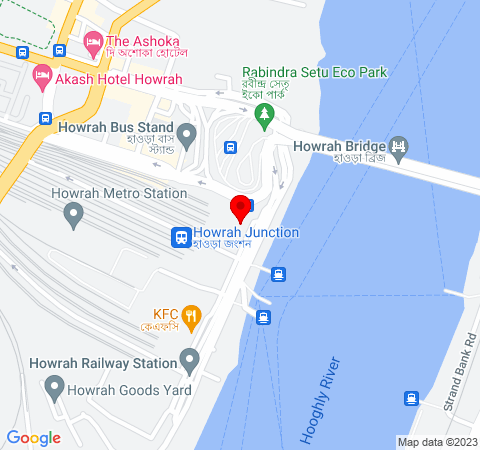 Kolkata Railway Station is located 8.4 km by road from the India Museum.

Sealdah Railway Station is located 3.6 km by road from the India Museum.

The Kalighat Kali Temple is a significant religious site to the people of the Shaktism sect of Hinduism. The temple, in its current form, is around 200 years, although historical records suggest that a temple has existed on the site for hundreds, or even thousands, of year before. The site is believed to be sacred because a piece of the body of the Goddess Sati is believed to have fallen where the temple is located. More precisely, the right toe of the Goddess is believed to have fallen where there is now a large tank of water. The water is believed to have magical properties including the ability to make women able to have children. Sati was the wife of Shiva, and according to Hindu belief killed herself after her father, the God Daksha (son of Brahma), refused to acknowledge Shiva as her husband. After her death, the God Vishnu is believed to have cut the body of Sati into 51 pieces. The Kalighat Kali Temple is revered as one of the 51 locations where a piece of Sati’s body fell to Earth.