There are 5 train services from Jodphur to Pune departing from 2 different train stations in Jodphur.

Use the Search Box below to buy your train tickets from Jodphur to Pune.

Jodhpur Junction Railway Station is 10.4 km by road from Mehrangarh Fort and Museum.

Pune Junction Railway Station is 4.9 km by road from the Aga Khan Palace. 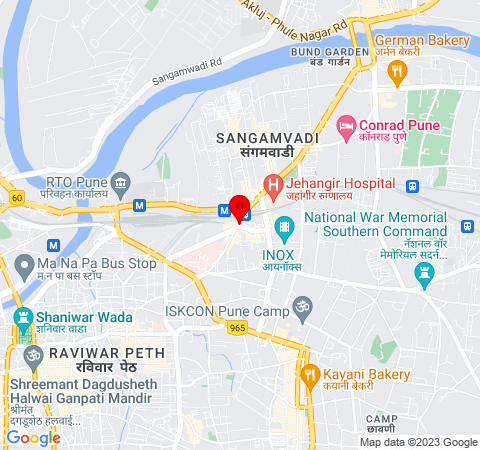 Pune, with a population of over 7 million permanent residents, is a thriving dynamic city. Modern day Pune is famous for its IT industry, production of automobile parts, and its many educational institutes. The population of Pune is relatively young on account of the large number of students, and the city has a cosmopolitan atmosphere with more nightlife than many other cities in India and alcohol widely available across the city.

Pune has existed as a settlement for around 1,600 years, with the earliest known dwellings in the area, the Pataleshwar caves, dating back to the 5th Century. There is a lot to see in the city centre, but access to a vehicle is required to visit the magnificent hills in the area and in particular the famous hill forts which are located from 26 to 215 km from Pune city centre. Within the city itself top attractions include: