The journey by train from Gorakhpur to Chennai is scheduled to take between 40 and 41 hours depending upon which train service you take. Via the shortest route the distance travelled is 2,337 km.

Train Times from Gorakhpur to Chennai

There are 2 direct train services from Gorakhpur to Chennai, all departing from the same train station in Gorakhpur and arriving at the same station in Chennai.

Buy Tickets from Gorakhpur to Chennai

Use the Search Form below to buy your train tickets from Gorakhpur to Chennai. 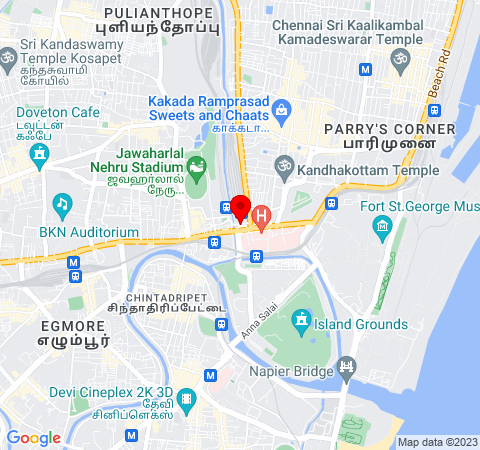 With a population of over 7 million people Chennai is the largest and most important city in the Southern tip of India. Over the past decade the city has typically attracted an estimated 4 million leisure visitors a year and has a well developed tourist infrastructure as a consequence. The focal points of the city’s leisure activities are its 10 beaches. The most important of these is Marina Beach, which is 13 km long, 6 km of which is backed a promenade lined with food stalls. Swimming is banned at Marina Beach because of the strong currents, but the beach itself, which is 400 metres wide in places, is used in a similar way to a park for local people to play games like cricket, stroll along or eat food. Early in the morning and late in the afternoon Marina Beach receives tens of thousands of visitors, most of whom are inhabitants of the city.

The major tourist attraction in the area is located 55 km by road to the south of Chennai in Mahabalipuram. Mahabalipuram has over 400 temples and monuments dating back to the 7th and 8th Centuries, and has been designated by UNESCO as a World Heritage site. Mahabalipuram has a recorded history going back thousands of years and once hosted a sizeable city, the ruins of which are now largely submerged by the sea, and was a very important international trading centre. The most iconic of the temples at Mahabalipuram are its ‘Shore Temples’ which rise in 5 tiers. Early European visitors in passing ships wrote about having seen these temples which to them from a distance appeared to be Chinese style pagodas. As a consequence, the Shore Temples are also sometimes referred to as the Seven Pagodas.