By train the journey from Nagpur to Jaipur is scheduled to take from 18 to 24 hours depending upon which train you take. Via the shortest route the distance travelled is 1,072 Km.

Train Times from Nagpur to Jaipur

There are currently 11 trains running from Nagpur to Jaipur. Please note that not all services operate every day of the week.

Buy Tickets from Nagpur to Jaipur

Use the Search Box below to buy your train tickets from Nagpur to Jaipur.

Nagpur Junction Railway Station is 6.0 km by road from the Sai Mandir Nagpur. 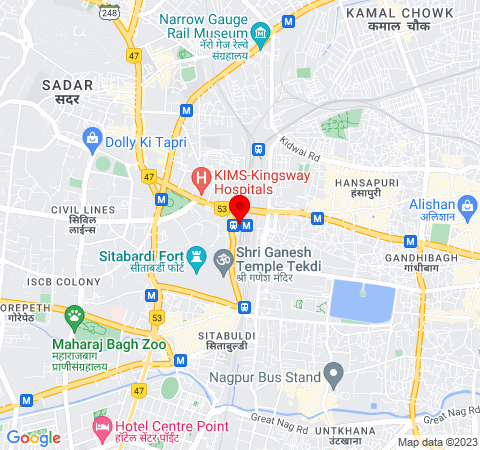 Jaipur Junction Railway Station is 4.6 km by road from the Albert Hall Museum.

Jaipur is the state capital of Rajasthan, and home to over 3 million people. Jaipur is also a major tourist destination and along with Agra and Delhi forms part of what is often referred to as the ‘Golden Triange’ of Indian tourism. The city itself is very lively with colourful markets selling distinctive local craft products and featuring street performers such as snake charmers. Jaipur, however, is most famous for its Mughal era buildings constructed from red and pink sandstone, which are also the reason that Jaipur is known as India’s ‘Pink City’.

Jaipur has 10 well known tourist attractions. The best known of these is the Hawa Mahal, or Palace of the Winds. The Hawa Mahal was constructed in 1799 using red and pink sandstone. The front facade of the building has 953 small and elaborately decorated windows. The small windows served the dual purpose of the allowing the ladies of the royal court to observe the street below without being seen and to allow air to circulate around the inside of the building keeping it cool in the intense heat of Rajasthan.

Also of interest in Jaipur are its hill-top forts, the Amer Fort, Jaigarh Fort, and the Nahargarh Fort, which are all located a short distance outside the main city, Along with the Jantar Mantar, an 18th Century observatory, the City Palace, the Albert Hall Museum, and the Jal Mahal, which is a palace built in a lake.

Visitors to Jaipur should consider spending at least 3 nights in the city to allow 2 full days of sightseeing. You could see the main sights in a single day, but that would be hard work as it’s very hot in Jaipur.