The journey by train from Udaipur to Kolkata is scheduled to take between 38 hours 05 minutes and 38 hours 50 minutes depending upon which train you take. Via the shortest route the distance travelled is 1,880 km.

Use the Search Box below to buy your train tickets from Udaipur to Kolkata.

Kolkata Railway Station is 9.3 km by road from the Victoria Memorial. 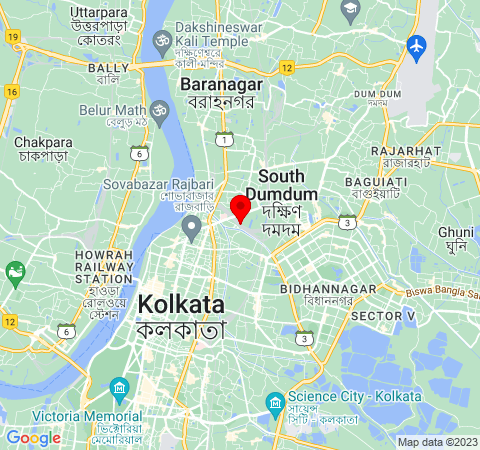 Kolkata Shalimar Railway Station is 7.4 km by road from the Victoria Memorial.

About Travel to Kolkata

With 14 million permanent residents, Kolkata is India’s third largest city. Kolkata is also a city of contrasts. The biggest of these contrasts is the city’s reputation outside of India as a place of extreme poverty and its reputation within India as a progressive city notable for it culture and free thinkers. Kolkata has many slums which have attracted humanitarian support from all over the world, most famously from mother Theresa who ran orphanages. Kolkata is also the birth place of many of India’s most famous creatives, most notably Rabindranath Tagore.

Another striking contrast in Kolkata is the mix of Indian and European architecture. Kolkata, then known as Calcutta, was the capital of British administered India from 1772 to 1911. During that time the British colonial government built plenty of large municipal buildings, although the most magnificent of the buildings which the British constructed in Calcutta, the Victoria Memorial, was completed in 1921 which is 10 years after the capital was moved to Delhi. The Victoria Memorial is an enormous building, 103 metres long, 69 metres wide and 56 metres high, constructed out of the same white marble used to build the Taj Mahal in Agra. The Victoria Memorial is now a gallery and exhibition centre.